I am 22 years old. I weight 52 kilograms. My height is 164cm (I’d like to think of myself as “petite”, although I’m perhaps too tall for it). I do think of myself as attractive. The size of my breasts is not ideal, but I’ve long ago come to terms with it. Of course, every once in a while I think of myself of a bit “chubby”, but I have never went out of my way to pursue thinness… The one major thing I have always disliked about myself is the gap between my front teeth. This is why my teeth never show up on photographs. I never managed to get myself braces and I’m probably too old for it now. Yet, as my mom happily noted: “There are many gap toothed models these days…” This should put my discomfort to rest.

Don’t let this confession give you a wrong impression: I like my body. Yet, every time I walk nearby a surface I see my reflection in, this inevitably produces a reaction and not a neutral one. No matter how well-looking I perceive myself to be, I still want to be a tiny bit better: “Goodbye, cellulite: Hello, perfection!”, as advertisements tell us. Thinking about my own experience as an “embodied Self” and as a woman, I am suddenly forced to ask: “How come anxiety regarding body image has become so naturalized, it does not even present itself as an issue? Where does it stem from?” In trying to answer these questions, I will look at a variety of contemporary feminist texts identifying the processes through which female body image anxiety is “manufactured”.

In her book “The Body Project: an Intimate History of American Girls” Joan Brumberg uncovers a troubling phenomenon: since the twentieth century “the body has become the central personal project of American girls” (Brumberg, 1997, p. 91), yet this hasn’t always been the case[1]. While girls today reach sexual maturation earlier than females from previous historical periods, their transition to womanhood is much more difficult because of a mismatch between biology and culture which leaves them particularly vulnerable to influences by peer pressure and mainstream culture (Brumberg, 1997).

In contrasting 20th century American girls to their Victorian counterparts, Brumberg highlights the importance of historic contexts in shaping young female’s attitudes towards their bodies: “Every girl suffers some kind of adolescent angst about her body; it is the historical moment that defines how she reacts to her changing flesh” (Brumberg, 1997, p. xviii). The extent to which females tend to their looks is presupposed by the cultural expectations and norms of the time they live in: in their personal diaries nineteen-century girls write about striving to improve their character and behavior, while a century later American girls predominantly focus on managing their appearance. Looks beat character over one’s sense and expression of identity.

Historical context as an origin of female anxiety over body image can be traced to particular innovations which the 19th century gave rise to. The quest for slimming, one of the major ways in which female (but not only!) anxiety over physical appearance manifests, began in the 1920s, after Parisian designer Paul Poiret introduced a silhouette which uncovered the legs and created a new female figure ideal: one that was “slender, long-limbed and relatively flat-chested” (Brumberg, 1997, p.99). Another historical predisposition for the newly developed “weight-awareness” among women was the discovery of the calorie. The changing notions of what the female figure should look like drastically transformed the understandings of the body, whereby image became the site of identity: it turned into “a way to visibly announce who you are to the world” (Brumberg, 1997, p.97).

While young females are particularly vulnerable to fixation on their physical appearance, women of all ages are affected by dominant expectations for beauty and fitness. Despite the fact that women who undergo plastic surgery or develop eating disorders due to self-starvation are seen as deviants, scholars have argued that they only represent one extreme on a continuum “which all women today find themselves, insofar as they are vulnerable, to one degree or another, to the requirements of the cultural construction of femininity” (Bordo, 1993, p. 47).

Popular culture, feminists insist, is where female anxiety is manufactured and capitalized on.  Magazines, advertisements, mainstream music and TV are among the instruments used to produce and perpetuate the often unrealistic norms women internalize and embody. Labiaplasty, a plastic surgery procedure involving cutting off labial tissue of “labia, that have been deemed excessively droopy” (Davis, 2002, p.302), constitutes a rather shocking example of this process.

In her article “Loose Lips Sink Ships” Simone Davis demonstrates how advertisers capitalize on expectations created by widespread access to porn, as well as preexisting shame surrounding the vagina to escalate women’s unease with their body parts or- if missing- create it: “Before people will spend money on something as expensive as plastic surgery, they need to be motivated not only by desire but by concern or self-doubt” (Davis, 2002, p. 304). The breeding of inferiority complexes is intentional and highly profitable, yet the manipulative nature of this process gets obscured by the idea of “free choice”. Comparing labiaplasties to African genital mutilation practices, Davis suggests that the two closely resemble each other because both produce consent through cultural coercion (Davis, 2002).

In the case of eating disorders such as bulimia or anorexia nervosa, the role of the sociocultural environment in producing “disability” is similarly concealed: medicalized and defined as psychopathology, these conditions are portrayed as failings of the individuals who must suffer from lack of self-esteem, perceptual malfunction or otherwise distorted reasoning. Yet, feminists challenge the disability politics revolving around eating disorders: if 75% of the 33,000 women surveyed by Glamour magazine in 1984 regarded themselves “too fat” (Bordo, 1993), did they all suffer from distorted perception or is there something else to blame? Proponents of anorexia and bulimia as “disorders” commonly remind that not all women, but only some develop an eating condition, thereby claiming that the reason for this is to be found in their individual predisposition to psychological and physiological disability (Bordo, 1993). But while “reaching epidemic proportions today” (Bordo, 1993, p. 139), a century ago eating disorders were distinctly rare. To that end, feminist scholar Suzan Bordo claims that culture is not merely a contributing factor to the manufacturing of female anxiety over the body, but its main producer (Bordo, 1993).

“Rigorous dieting”, “excessive jogging” and other forms of exercise of control over the body may not have as staggering effects as the development of bulimia or anorexia, yet they are similarly fueled by the messages of a culture that has “taught women to be insecure bodies, constantly monitoring themselves for signs of imperfection, constantly engaged in physical ‘improvement’ (…)” (Bordo, 1993, p. 57). The medicalization of eating conditions obscures how common body shame and hatred are in contemporary society, as well as how valid anorectics’ presumed “flawed reasoning” that slimness will have them be perceived as “better” or “smarter” is given the predominant association of positive qualities with slenderness (Bordo, 1993).

Realizing the all-permeating nature of the forces which lead to the manufacturing of female anxiety could be disempowering. After all who we are (or aren’t) is largely defined by the specific sociocultural and historical context we were born and live in. To live with and “nurture” the complexes others have created for us, however, becomes a choice once are made aware of it. Yet, the choice presupposes its answer unless radical cultural transformations are made- rejecting sociocultural norms of beauty and fitness cannot be inconsequential, for this is how the system perpetuates itself.

[1] While Brumberg’s work primarily focuses on American females, the descriptions of their preoccupation with body image could perhaps be extended to girls and women from other Western, industrialized countries, as well. 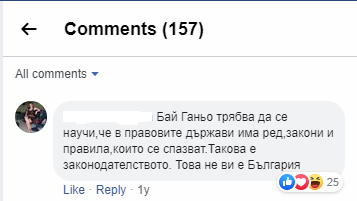